The notification issued by SSC for Postponed the Tier I examination is reproduced below:-

For LDC/ JSA, PA/ SA, DEO (except DEOs in C&AG): The candidates must have passed 12th Standard or equivalent examination (10+2, 12th, Intermediate, etc. )

For Data Entry Operator (DEO) in the Office of Comptroller and Auditor General of India (C&AG): 12th Standard (10+2, 12th, Intermediate, etc. ) pass in Science stream with Mathematics as a subject from a recognized Board or equivalent.

Permissible relaxation in Upper age limit for different categories are as under:

06 Ex-Servicemen (ESM) 03 years after deduction of the military service rendered from the actual age as on closing date of receipt of online application.

08 Defence Personnel disabled in operation during hostilities with any foreign country or in a disturbed area and released as a consequence thereof    : 03 years

09 Defence Personnel disabled in operation during hostilities with any foreign country or in a disturbed area and released as a consequence thereof (SC/ ST)  :    08 years

10  :    Central Government Civilian Employees:  Who have rendered not less than 3 years regular and continuous service as on closing date for receipt of online applications.   :  Up to 40 years of age

11 Central Government Civilian Employees: Who have rendered not less than 3 years regular and continuous service as on closing date for receipt of online applications. (SC/ ST)  : Up to 45 years of age

The examination will consist

Geometry:  Familiarity with elementary geometric figures and facts: Triangle and its various kinds of centres, Congruence and similarity of triangles, Circle and its chords, tangents, angles subtended by chords of a circle, common tangents to two or more circles.

Questions are designed to test the candidate‟s general awareness of the environment around him and its application to society.  Questions are also designed to test knowledge of current events and of such matters of everyday observation and experience in their scientific aspect as may be expected of an educated person.

The test will also include questions relating to India and its neighboring countries especially pertaining to History, Culture, Geography, Economic Scene, General policy and scientific research.

For VH candidates of 40% and above visual disability, there will be no component of Maps/ Graphs/ Diagrams/ Statistical Data in the General Intelligence and Quantitative.

The minimum qualifying marks in Tier-II would be 33 per cent.

The performance in Tier II would be included for preparing merit.

The paper will have to be written either in Hindi or in English. Part paper written in Hindi and Part in English will be awarded zero marks.

The Skill Test is mandatory for Data Entry Operators. No candidate is exempted from appearing in the Skill Test.

The Speed of 8000 key depressions per hour on computer‟ will be adjudged on the basis of the correct entry of words/ key depressions as per the given passage. The duration of the Test will be 15 (Fifteen) minutes and printed matter in English containing about 2000-2200 key-depressions would be given to each candidate who would enter the same in the Computer.

For the post of Data Entry Operator in the Office of the Comptroller and Auditor General of India (C&AG): The ‘speed of 15000key depressions per hour on Computer‟ will be adjudged on the basis of the correct entry of words/ key depressions as per the given passage. The duration of the Test will be 15 (Fifteen) minutes and printed matter in English containing about 3700-4000 key-depressions would be given to each candidate who would enter the same in the Computer.

The choice of Typing Test given by the candidate in the online Application Form shall be treated as final and no change in the medium of Typing Test will be entertained later.

The speed will be adjudged on the accuracy of typing on the Computer of a given text passage in 10 minutes.

All candidates who register themselves in response to this advertisement by the closing date and time and whose applications are found to be in order and are provisionally accepted by the Commission as per the terms and conditions of this Notice of Examination, will be assigned Roll numbers and issued Admission Certificate (AC) for appearing in the Computer Based Examination (Tier-I).

The websites of concerned Regional/ Sub-Regional Office of the Commission will issue Admission Certificates for all stages of examination.

There will be separate category-wise cut-offs in Tier-I and subsequent Tiers for different posts i.e. (i) DEO, (ii) DEO Grade ‘A’ and (iii) LDC/ JSA and PA/ SA.

Skill Test in Tier-III for DEOs is mandatory for all the qualified candidates.

Typing Test in Tier-III for posts other than DEOs is mandatory for all candidates except those who are exempted from appearing in the Typing Test.

Candidates belonging to Scheduled Castes, Scheduled Tribes, OBC, ESM, EWS and PwD categories may be qualified by applying relaxed standards if the Commission is of the opinion that sufficient numbers of candidates of these categories are not likely to be available in order to fill up the vacancies reserved for these categories.

The candidates who qualify Tier-III will be called for Document Verification to check the eligibility of candidates as per information given by him/ her in the online Application Form.

Final selection and allocation of Ministries/ Departments/ Offices to the candidates qualified in Tier-III will be made on the basis of the performance of candidates in the Tier-I+Tier-II Examinations and the preference of Posts/ Departments exercised by them at the time of Document Verification.

The Commission makes final allotment of posts on the basis of merit-cumpreferences of Posts/ Departments given by the candidates and once a post is allotted, no change of posts will be made by the Commission due to nonfulfillment of any post specific requirements of physical/ medical/ educational standards. In other words, for example if a candidate has given higher preference for a post and is selected for that post; in that case, if he/ she fails to meet the medical/ physical/ educational standards, his/ her candidature will be rejected and he/ she will not be considered for other preferences and no correspondence in this regard will be entertained by the Commission.

Candidates selected for appointment are liable to serve anywhere in India i.e. all these posts carry All India Service Liability (AISL).

We offer following Classes and courses: 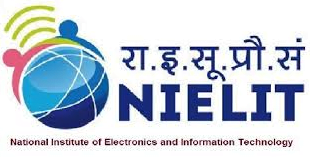