Reasoning Mock Test in English for the preparation of SSC CGL, CHSL, CPO, SSSC GD and all competitive exams. 25 Questions online mock test for the practice of Tier 1 examination.

#3. Pamila is the granddaughter of Akun who is married to Nikita. Murali is the brother-in-law of Akun who has two daughters but no son. Rahul is the cousin of Kamal and brother of Pamila. Uday and Vanmay are the sons-in-law of Nikita. Vanmay is married to Yamini and they have two daughters and one son. Uday has one son and one daughter. Tina and Smita are the daughters of Yamini. Marali is unmarried. How is Yamini related to Rahul ?

Select the related word from the given alternatives. 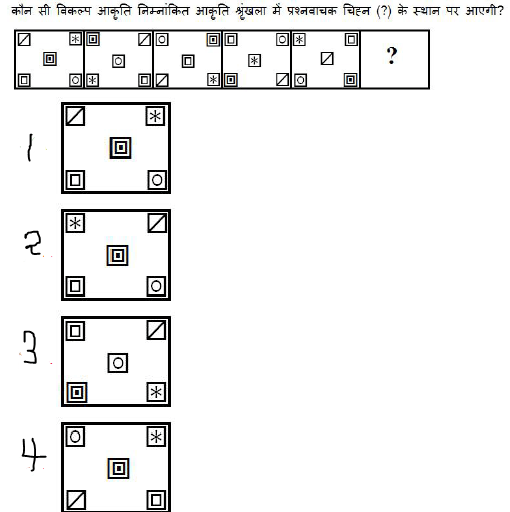 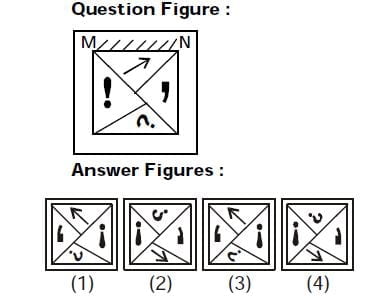 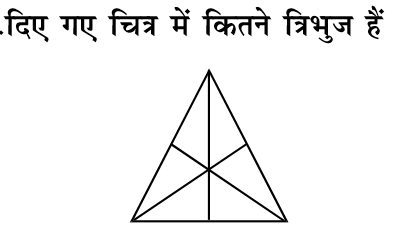 #12. Count the number of tringle 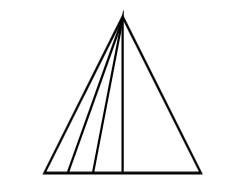 #18. How many times does n occur before p in the given series?
mstnpzxnpnqpynpranpst 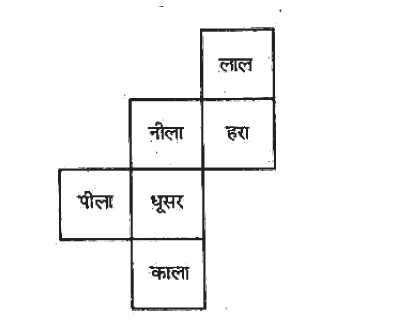 #21. Which of the following options represents a meaningful sequence of the words given below?
1) Metal 2) Process 3) Ore 4) Refining 5) Alloy 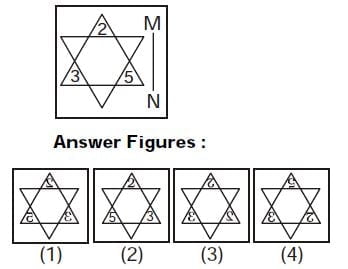 #23. In a class, Rajiv's rank is 12th from the top, Krishna's rank is 26th from the bottom, if there are 5 students between them, then at least how many students are there in the class?

#25. Statement :
(a) All frogs are tortoises
(b) No tortoise is a crocodile.
Conclusions
I. No crocodile is a frog.
II. No frog is a crocodile

Press / Click on FINISH button for the result of Reasoning questions mock test.